Greetings from 'The King of Castle Rock'

Welcome to a special world, centered around the small town of Castle Rock. A place hidden in the darkness of evil. This world is filled with colorful characters and touching stories of hope and survival. Their homes spread across the land to places like Derry, Jerusalem's Lot, and worlds beyond our ability to imagine, waiting for us to explore them. All of this vast empire is ruled by one man, its creator, Stephen King. This blog is about the work of the undisputed 'Master of Horror', from the literature to the process. Enjoy your journey through the world that Stephen King built, and rules! 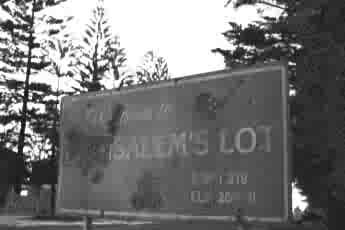 Stephen King has masterfully composed stories that highlight the people and culture of Maine.  Most readers, if asked, would identify the most memorable town in King’s work as Castle Rock or Derry.  The number of King's stories based in these locales could easily explain this.  Take the name of this blog site as an example of that impact.  These two towns have been discussed in earlier articles. However, King has written such a body of work that it is hard to identify every place that he has used. The Stand (1978) alone has scenes in excess of fifty locations throughout the United States.  Regardless, we will still take a look at some of these special places in this and future articles.

Jerusalem’s Lot is a small Maine town with a long history that includes a time when it was a ghost town.  Jerusalem’s Lot is commonly referred to as “’Salem’s Lot” by the locals.  That name has become synonymous with evil or cursed for many people in the nearby communities.  From the founders to some of the residents in recent years, the town has a unique, yet very dark, history surrounding its population.

The following is the historical timeline of the town of Jerusalem’s Lot based on the works of Stephen King and documented in The Complete Stephen King Universe by Stanley Wiater, Christopher Golden and Hank Wagner:


1710   James Boon led a splinter group of the original Puritan settlers from
southern Maine to the location that the town would later be established.
Boon is the group’s spiritual leader who worships a demonic creature
known as “the worm.”  His group also worships this dark entity.
Boon, like some other cult leader’s in history, breeds with many of the
women in their sect.

1741   Preacher’s Rest, an adjoining hamlet, is founded. The name would
later be changed to Preacher’s Corners.

1782   Robert and Philip Boone build a house called Chapelwaite in the Lot
near Preacher’s Corners. The brothers were descendants of James
Boon, but were unaware of their connection to the fanatical leader.

1789   (October 27) Robert Boone follows his brother, Philip, to the original
church where James Boon and his cult worshipped the demon
creature. Robert had become involved with the founder’s cult, which
still existed in the area. The events of that night have been lost in history.
The next day, the town was completely deserted. The fate of its
residents is unknown.

1850   Charles, the grandson of Robert Boone, moves into Chapelwaite, the
family estate.  He discovers documents that reveal some of his family’s
history.  The residents of Preacher’s Corners do not treat Charles
kindly. He relates their attitude toward his family to the horrific events
associated with his ancestors.

(October 27) Charles Boone discovers the worm and the “rotted
zombielike form” of James Boon in the abandoned church in
‘Salem’s Lot.

1896  The ghost town becomes resettled as new people move into it. The
events of the past are unknown or believed to be nothing but legends.
The main street is named Jointner Avenue in honor of a local
politician. The road had previously been known as the Portland Post
Road.

1928  Hubert Marsten and his wife, Birdie, move to ‘Salem’s Lot.  Marsten
was the president of a large New England trucking company.  However,
It was not known to the residents of the town that Marsten was an
assassin for the Mafia.

1939  During the summer of this year, Marsten shoots
and kills his wife before hanging himself.  It was 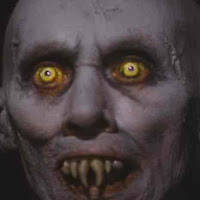 later discovered that Marsten had been
in contact with a mysterious man who
lived in Germany, which was ruled by
Hitler’s Third Reich at that time. The
man in Germany was later revealed to
be a vampire named Kurt Barlow.

1951  Ben Mears, a young boy from ‘Salem’s
Lot, enters the abandoned
Marsten House, which is said to
be haunted. The young Ben enters
the attic and sees what he
believes to be the ghost of Hubie Marsten. Ben
Mears would never forget the events of that fateful day.


1971  (October) James Robert Boone, the final descendent of founder James
Boon, moves into Chapelwaite. Though it is believed by many that the
ancestral home was haunted, there are no more references to the evil
associated with cult, the worm or the living corpse of James Boon.
Some believe that the evil could be brought back to life under the proper
conditions.


1975  (September 5) Ben Mears returns to the town after his wife, Miranda, is
killed in a motorcycle accident.  Mears, a writer, hoped to write a new
novel while visiting his boyhood town.  Mears discovers that two
“mysterious European gentlemen” had purchased the Marsten House,
which haunted his dreams. 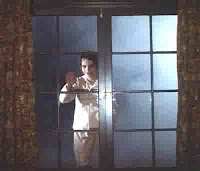 By mid-fall of that year, the majority of the Salem’s Lot residents had been killed,  transformed or left due to the evil activity of the vampire Barlow.  Ben Mears and Mark Petrie kill Kurt Barlow, destroy as many vampires as possible and then flee the empty township.

1976   In the winter of 1976 or early months of 1977, Mears and Petrie return to ‘Salem’s Lot and burn the town.  Newspaper had been reporting stories about suspicious disappearances near the abandoned town.  Mears believed these disappearances to be associated with the vampires created by Barlow.

1978  (January 10) The Lumley family from New Jersey are taken by vampires near the burned-out town of ‘Salem’s Lot.  Herb Tooklander and his friend Booth, both of whom live in a neighboring town, also report nearly being abducted in a similar fashion.

As you might be able to conclude from this historical timeline, Jerusalem’s Lot shares a similar event in its history as another early settlement in America. Roanoke, Virginia was the site of two early colonies where its residents disappeared without a trace, once in 1587 and again in 1590.  Beyond the similarities, there is no known connection between Jerusalem’s Lot and Roanoke.

Email ThisBlogThis!Share to TwitterShare to FacebookShare to Pinterest
Labels: 'Salem's Lot, Jerusalem's Lot, Night Shift, One for the Road, The Complete Stephen King Universe, The Stand 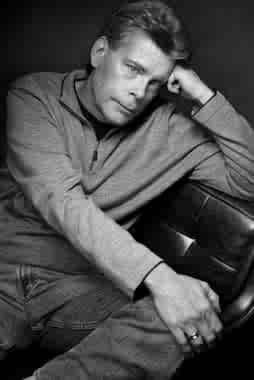 Stephen King - The Master of Horror

All About The King

Thomas Beane
I have been involved with the entertainment industry since 1986. Worked in law enforcement for a decade. Now I am a college student. Oh, the directions life carries us!